In times past there have been many annadanam madams in Katharagama, and even today one may savour food offered freely to pilgrims and general public by Buddhists, Hindus, and Muslims at Katharagama.

Just as in human society, where the lady of the house serves guests with food, so also at Kataragama it is the God’s eternal consorts Sri Theivayanai amman whose madam feeds every visitor, regardless of from where they come. Because of those tradition, and because the Kataragama Esala Festival attracts hundreds of thousands of visitors annually, Sri Theivayanai Amman Madam today is Sri Lanka’s largest annadanam madam. 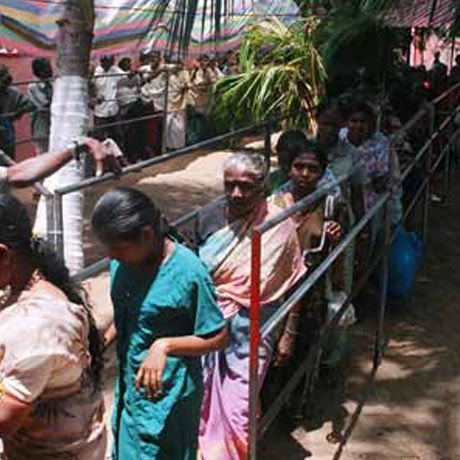 Devotees wait in queue for annadanam at Teyvanai Amman Devasthanam

During the current Esala festival season, about 8,000 – 10,0000 pilgrims daily enjoy tasty gegitarian lunches and dinners at Sri Theivayanai Amman Devasthanam in addition to tea in the mornings and evenings. Even outside of festivals times, the Devasthanam continues to serve annadanam the year round to devotees of all communities.